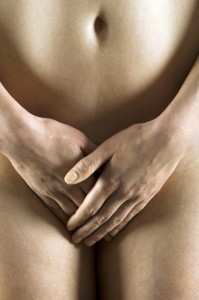 The recent worldwide spread of demand for cosmetic gynaecology has increased – “From North America to Europe to Asia, aesthetic vaginal surgery has become one of the fastest growing cosmetic procedures in a global makeover business worth billions of dollars. Procedures increasingly undertaken – largely by women of the polished, expensive cities of the West – include labiaplasty (trimming or removal of labia), hymenoplasty (or “revirgination”) or vaginal rejuvenation (a procedure for tightening).

"Designer vagina surgery is big business" according to the American Society for Aesthetic Plastic Surgery, in 2009 female consumers spent an estimated $6.8m on these procedures (the figure counts only plastic surgeons, not gynaecologists).

5 Countries where the cosmetic gynecology procedures have more than doubled

Its popularity is rising in the UK too for instance – in 2008, the NHS carried out 1,118 labiaplasty procedures, an increase of 70% on the previous year. And figures released this year show that plastic surgery company the Harley Medical Group received more than 5,000 inquiries about cosmetic gynaecology in 2010, 65% of them for labial reduction, the rest for tightening and reshaping.

In 2013, more than 5,000 labiaplasties were performed in the United States. That may not seem like a huge number, but it’s an astounding 44% increase over just one year prior, making labiaplasty the second fastest growing plastic surgery that year.

In the United Kingdom in 2014, the National Health Service reported a fivefold increase in the number of labiaplasties performed over the decade prior – which doesn’t include private practice surgeries, the most common kind.

Elsewhere too, inAustralia’s national health care system noted in 2012 that claims for labiaplasty in the country had doubled since 2002.”

According to recent statistics issued today the number of cosmetic surgery procedures carried out in its premises in Dubai, UAE (United Arab Emirate,) has increased by 15% from 2013 to 2014 – with liposuction, abdominoplasty, breast surgery, cosmetic gynaecology and rhinoplasty the hospital’s top five cosmetic surgeries last year.”

The AACSH released a review of aesthetic medicine market trends in 2016 updated in 2018.The study reveals that the leading procedures during this time correlate with the desire to look young and demonstrate continued popularity for traditional treatments including: liposuction (46 per cent), breast surgery (18 per cent), abdominoplasty (15 per cent), cosmetic gynaecology (11 per cent) and rhinoplasty (10 per cent).

What are the main cosmetic gynecology surgery performed?

The total number of cosmetic gyanecology surgery performed globally in 2015:

Number of world-wide surgical procedure performed by plastic surgeons in 2015 :

In the plastic and cosmetic surgery market, how big is the cosmetic gynecology market?

Although it is difficult to track each cosmetic procedure performed worldwide, an interesting survey has been launched in 2015 by ISAPS to thousands of plastic surgeons.

If breast augmentation and liposuction come first, which is not a big surprise, we can note that cosmetic gynecology is now in the top 25 procedures which was not the case twenty years ago. 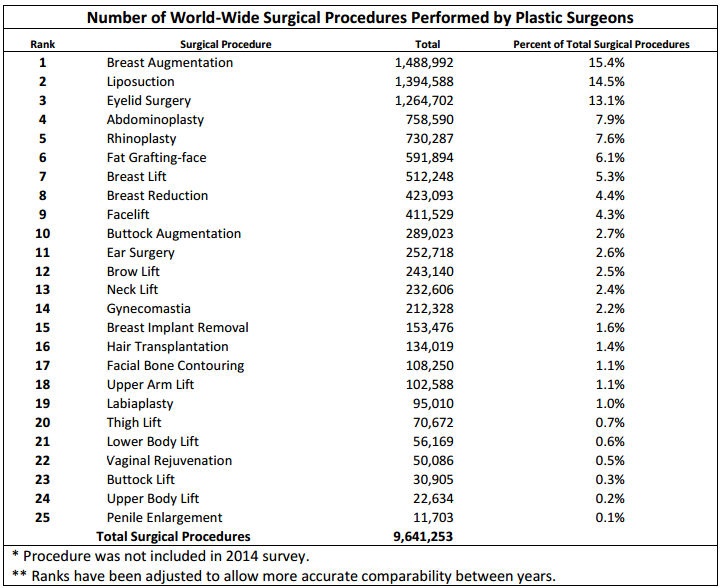 Last figures by the end of 2019 show in increase in some vaginoplasty procedures, a decrease for labiaplasty and a rapid growth for new intimate procedures such as G-spot augmentation and some new experiments with stem cells that still need to be proven.