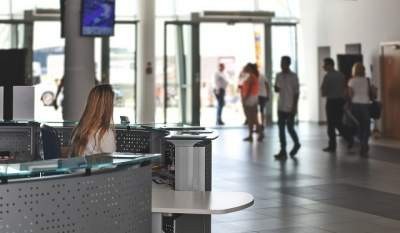 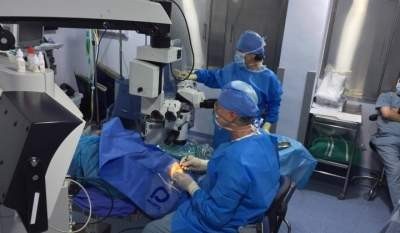 Na Homolce Hospital is one of the establishments directly oversees by the Ministry of Health of the Czech Republic. This superstructure clinical medical facility established in 1989, is not like the large faculty hospitals, it does not offer a comprehensive range of medical services, but emphasizes solely on highly experienced and technologically advanced treatment in specific medical fields.

There is no so-called "catchment area" for the selection of patients, but it admits patients on the recommendation of general medical physician and specialists, from all over the country, also from out of the country. The hospital possesses a scientific research centre and recieved the prestigious JCI accreditation that guarantees patients high quality care and safety.

In 1992, Na Homolce performed its first surgical operation by the Leksell gamma knife and also its first implantation of impenetrable defibrillator (ICD) was carried out. In 1994, the hospital obtained Czech Republic’s first ever navigation neurosurgical system. And in 1995, it purchased a magnetic resonance. In 1996, it introduced the first stentgraph into the abdominal aorta, installed angiolins and first intervention on coronary arteries. In 1997, first catheterization ablation was carried out and in 1998, operated its first cerebral artery stroke through the endovascular procedure. In 1999, Na Homolce launched PET (Positron Emission Tomography), the initial post-communist Europe.

Then in the year 2000, three-dimensional mapping of cardiac arrhythmias, the first in the Czech Republic and the first Percutaneous Vertebroplasty treatment of a broken vertebra was performed.

In 2001, perform its first artery graft transplant and also carried out, the first implantation of the spinal neurostimulator for refractory angina pectoris in the Czech Republic.

In 2002, the hospital separated cardiac surgery and vascular surgery into different disciplines.

And in 2003, a new Department of Cardiac Surgery was established and the launch of the first hybrid PET / CT scanner in the Czech Republic.

In 2004,
•global opening of the treatment of malignant brain tumor by TTF Optune
•international opening of the catheterization ablation with cryobalone catheter
•hindrance of ischemic stroke through occlusion of the left ventricle of the left ventricle
•the commencement of lung and chest surgery
•the inaugural of an outpatient oncology department
In 2005,
•the inaugural of the centre of robotic surgery, the first in the Czech Republic
•surgical robotic surgery, stomach bariatrics, the foremost robotic surgery in the Czech Republic
•leading globally invascular robotic surgery
•earned the International Accreditation Joint Commission International (JCI)
•Worldwide premier of the Laser ablation of atrial fibrillation

In 2006, began centre for adult patients with congenital heart defects and establishment of a molecular diagnostics laboratory.
In 2007, launched the robotic cardiac surgery program, opened a complex of three multifunctional catheterization halls, introduced the pioneer electromagnetic navigation into the catheterisation treatment of cardiac arrhythmias in the Czech Republic and established a new intensive care unit at the neurosurgical unit.

In 2009,
The hospital established a new complex of neurosurgical surgery rooms with preoperative magnetic resonance, Performed the first robotic heart surgery in the Czech Republic and world premiere of the Radiofrequency Ablation of Thoracic Sympathy in Patients with Insufficient Ventricular Tachycardia. And so on.
The hospital has achieved many more feats over the years.