Tendons are bands of fibrous connective tissue that have the main function of connecting the muscles to the bones, and they are strong enough to resist the tension produced during movement.

The Achilles tendon is considered by the MedicineNet experts as the largest and strongest tendon in the human body, it connects the heel bone (anatomically called calcaneus) to the muscles placed in the back of the calf (anatomically called gastrocnemius and soleus muscles).

So, the Achilles tendon is the main responsible for activities that involve the synchrony between the leg and the feet, like jumping, running, standing on the toes, and climbing stairs.

What Is the Achilles Tendon Rupture?

Experts define the Achilles tendon rupture as a spontaneous injury in which this tendon is separated from the heel bone (where is normally inserted) or it breaks somewhere near the bone.

It is very common in healthy (no prior history of pain or previous injury to the heel), young (especially between 24 and 45 years of age) and active men (especially athletes).

How Does the Achilles Tendon Rupture Occur?

Among the causes of Achilles tendon rupture, its overexertion during exercise is one of the most common. In most cases, the rupture of this tendon occurs when the patient has been exercising for a period between 30 and 40 minutes, and he/she performs a sudden explosive movement or an excessive dorsiflexion of the foot. It is also important to know that spontaneous Achilles tendon rupture occurs with more frequency in elder people. Some may also enquire about foot surgery procedures offered by clinics, foot surgeries less invasive techniques done Europe or even bunion surgery which is a very common orthopedic procedure.

Which Are the Symptoms of Achilles Tendon Rupture?

The most common symptoms that a patient refers when an Achilles tendon rupture occurs, include the sensation of a "stoned" or dry blow in the heel without an apparent cause with instantaneous pain (usually severe) in the affected foot and the heel area that can radiate to the back of the leg (please follow the link to read on Orthopedics Consultation).

How Is Achilles Tendon Rupture Treated?

In general terms, the treatment of Achilles tendon rupture will depend on the severity of the rupture (total or partial). For example, total ruptures usually require urgent surgical repair while partial ruptures can be medically treated. However, in all cases, the doctor will consider the patient's age, level of activity, and other risk factors before choosing the best treatment.

Likewise, the specialists have developed a new technique called therapeutic ultrasound, which can be used as a complementary treatment to increase the rate of repair of injured Achilles tendons by improving the collagen synthesis and the functional performance of Achilles tendon after healing.

How Much Does an Achilles Tendon Rupture Repair Cost?

The cost of the study and repair of Achilles tendon rupture will widely vary according to the type of reconstruction that will be performed, the need of general anesthesia during the procedure, if the repair will be performed as an out or an inpatient procedure, the urgency of the procedure, if the patient has high sporting requirements (athletes), the patient’s age and general health conditions. The rehabilitation period which last several weeks shall also be taken into account for the cost. 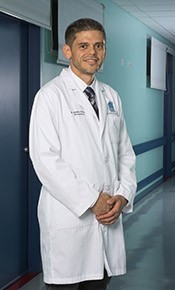 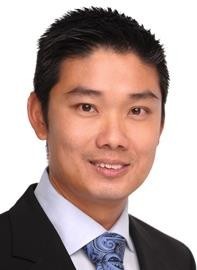