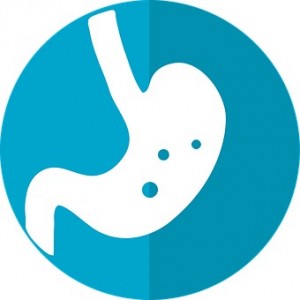 According to the World Health Organization, overweight and obesity are increasing problems in the current population. In fact, according to its statistics, at least 2,8 million people worldwide die due to obesity or overweight each year.

Likewise, in the last decades, many researches have proved the association between obesity/overweight with the development of other chronic conditions and diseases. This explains why overweight and obesity must be considered a public health problem that must be properly treated.

When a person has a Body Mass Index (BMI) between 25 and 29, the WHO diagnose it as overweight. ON the other hand, when the BMI is higher than 30, the diagnosis is obesity. In many cases, the patient tries to lose weight by having a proper diet, exercising, taking certain oral medication and controlling some diseases, but they cannot reach an adequate weight with these measures.

For those patients, specific surgical procedures can help to achieve a proper weight and avoid developing the complications or diseases that can be triggered by obesity.

WHAT IS A GASTRIC BYPASS SURGERY?

A gastric bypass surgery is defined by MedlinePlus experts as a surgical procedure which has the main objective of shrinking the stomach size and changing the route (or bypassing) a part of the other organs in the digestive system (usually the small intestines).

If the stomach is smaller, the patient eats less than usual, and avoiding certain small intestine areas, he/she doesn't absorb all the components in the food (such as the fat). Although there are many techniques to perform a gastric bypass surgery, all of them have the same objective, which is producing weight loss in the patient.

WHAT IS A BALLOON GASTRIC BYPASS SURGERY?

The balloon gastric bypass surgery is defined by the Bariatric Surgery Source experts as a procedure where 1 to 3 especial silicon balloons are inserted into the stomach and inflated for approximately 6 months to diminish the stomach capacity, so the patient eats a lower amount of food on each meal.

This gastric bypass surgery technique allows the patient to feel full quickly while eating, lose around 30% of his/her weight in 6 months and decrease the risk of developing Diabetes Mellitus, joint and/or bone diseases and even heart-related issues.

WHAT ARE THE MOST COMMON COMPLICATIONS AFTER A GASTRIC BYPASS SURGERY?

Experts estimate that around 10% of all patients develop minor complications after a gastric bypass surgery, which usually can be solved by the surgeon without problems. Among the most common minor complications, wound infections, stomach ulcers, digestive problems, bleeding, nausea and vomiting, can be included.

On the other hand, it is considered that just between 1 and 5% of all patients develop a serious or life-threatening complication after undergoing a gastric bypass surgery, such as pulmonary embolism (the development of a blood clot), leaks in the new connections of the intestines, serious infections and excessive bleeding according to Doctors Artez and Pritez.

Among the most dreadful complications, the abnormal and insufficient absorption of necessary nutrients, like iron and calcium, can be included, which can produce important consequences for the patient and the development of other diseases, such as anemia and osteoporosis. So, the patient may need to take certain nutritional supplements forever.

WHAT ARE THE BEST FOODS TO EAT AFTER A GASTRIC BYPASS SURGERY?

After a bypass gastric surgery, the patients must follow an especial diet called "gastric bypass diet". It is always indicated by the surgeon or a nutritionist to guarantee that the patient is obtaining all the nutrients that he/she needs in the proper amounts.

However, the obesity coverage experts have created a list with the best foods to eat after a gastric bypass surgery. Among them, the following can be included:

- Liquids, especially the first days after the procedure because it is the only thing that the patient is allowed to introduce in his/her digestive system. Experts recommend approximately 2 or 3 ounces (59 to 89 milliliters) at a time, and the patient can only have other type of drinks, like skim or low-fat milk, after his/her digestive system can properly handle the clear liquids.

- Pureed foods, the patient is allowed to start them after tolerating liquids for a few days and only foods with the consistency of a smooth paste or a thick liquid can be included in this stage. The patient can start to eat pureed lean ground meats, fish, eggs, beans, soft fruits and cooked vegetables, cottage cheese, among others.

- Soft and solid foods can be included in the patients' diet after several weeks. The patient can start to eat grounded or finely diced meats, fruits without seeds or skin, cooked vegetables without skin, among others. However, certain foods must be always avoided, such as nuts or other seeds, popcorn, dried fruits, granola, carbonated beverages, tough meats or meats with gristle, fried food, among others.

HOW MUCH DOES A GASTRIC BYPASS SURGERY COST?

The cost of a gastric bypass surgery will vary according to the method used to perform the bypass, the patient's weight, the patient's general health condition, the approximate amount of weight that the patient must lose, degree of developing complications, among others. However, due to the complexity of the procedure, it is usually expensive.